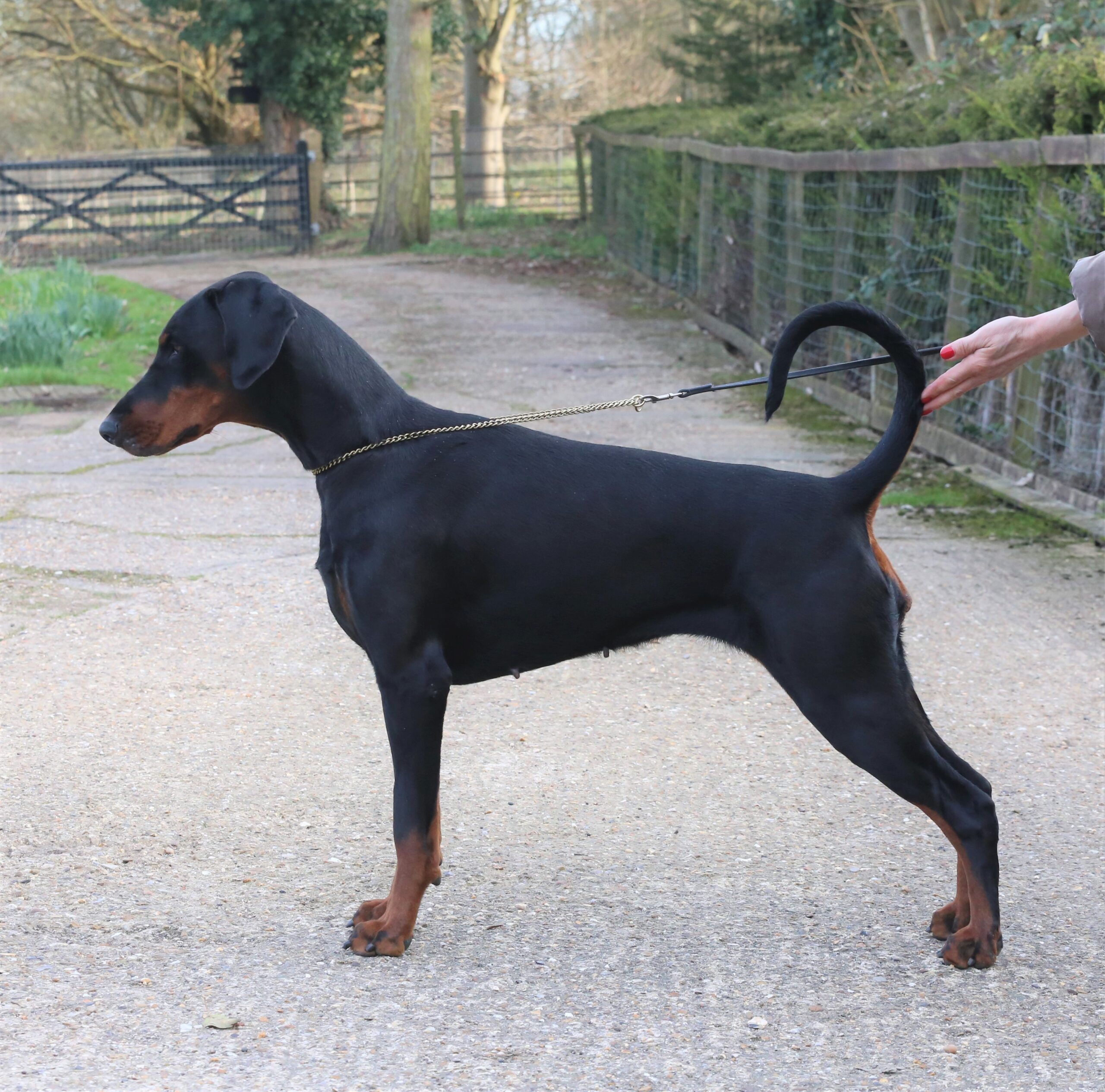 Ginny is owned by Phil & Christine Plummer, and shown by Christine (although I have tried unsuccessfully to wrestle her out of Christine’s grip on a couple of occasions 🙂

Now at three years old, Christine & Phil have decided to breed from Ginny and asked to co-breed with me and register the litter in my Aritaur affix which I am delighted to do.  They are the most excellent owners and will raise a super litter.

Phil & Christine had wanted to use their own dog Grafmax Alfie Beau bred by Sue Thorn who goes back to our old Histabraq, but unfortunately both were vWD Carriers so that plan was scrapped.

We jointly decided on the super brown Champion Korifey Amulet JW, ShCM owned by the Santoriello family. He is a son of Aritaur Philosophy BH out of the outstanding producing bitch Ch Amazon Russian Romance JW owned by Lynne & Sam Jones.  ‘Reggie’ is one of three champions – Ch K Ammolite, and Ch K Treasure who herself was Top Dobermann 2019. I used Reggie on Ginny’s dam Friday last year and it was a super litter, so we are all very excited to see what this litter will bring.

Ginny was quickly noticed by the judges  and has won her class thirteen times at UK Championship shows with numerous BOB’s at Open shows.

In 2019 she won the Reserve Bitch CC in a very big entry under breed specialist judge Tracie Mason who wrote:

What a lovely young feminine class I had the pleasure of going over today. This 22 month old black and rust Dobermann, simply pictured an elegant square outline, on the stack and left me in awe. Having the most attractive blunt chiselled head, of correct proportions, with beautiful dark eye and kind expression. Super length of neck being slightly convex, leading to a lovely front assembly. Fabulously angled well set on tight feet, set under strong muscular straight legs and fine under carriage. Top line remained level both stood and on the move. Stunning shiny jacket being well marked, covering a hard conditioned frame. Moved across the show ring with an effortlessly flowing grace and smooth fluid action, to gain my RBCC today. 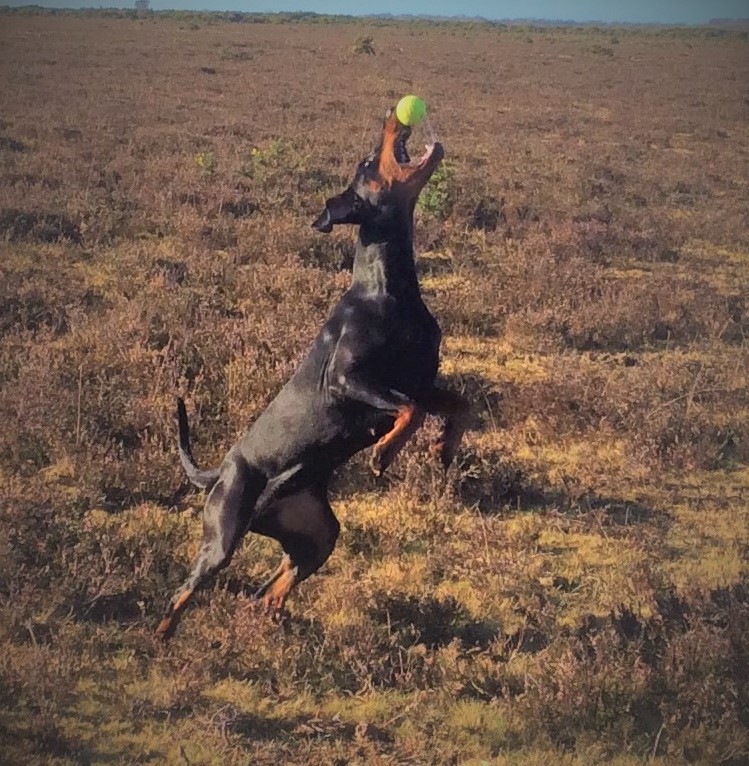 Ginny is kept in excellent condition by Phil & Christine 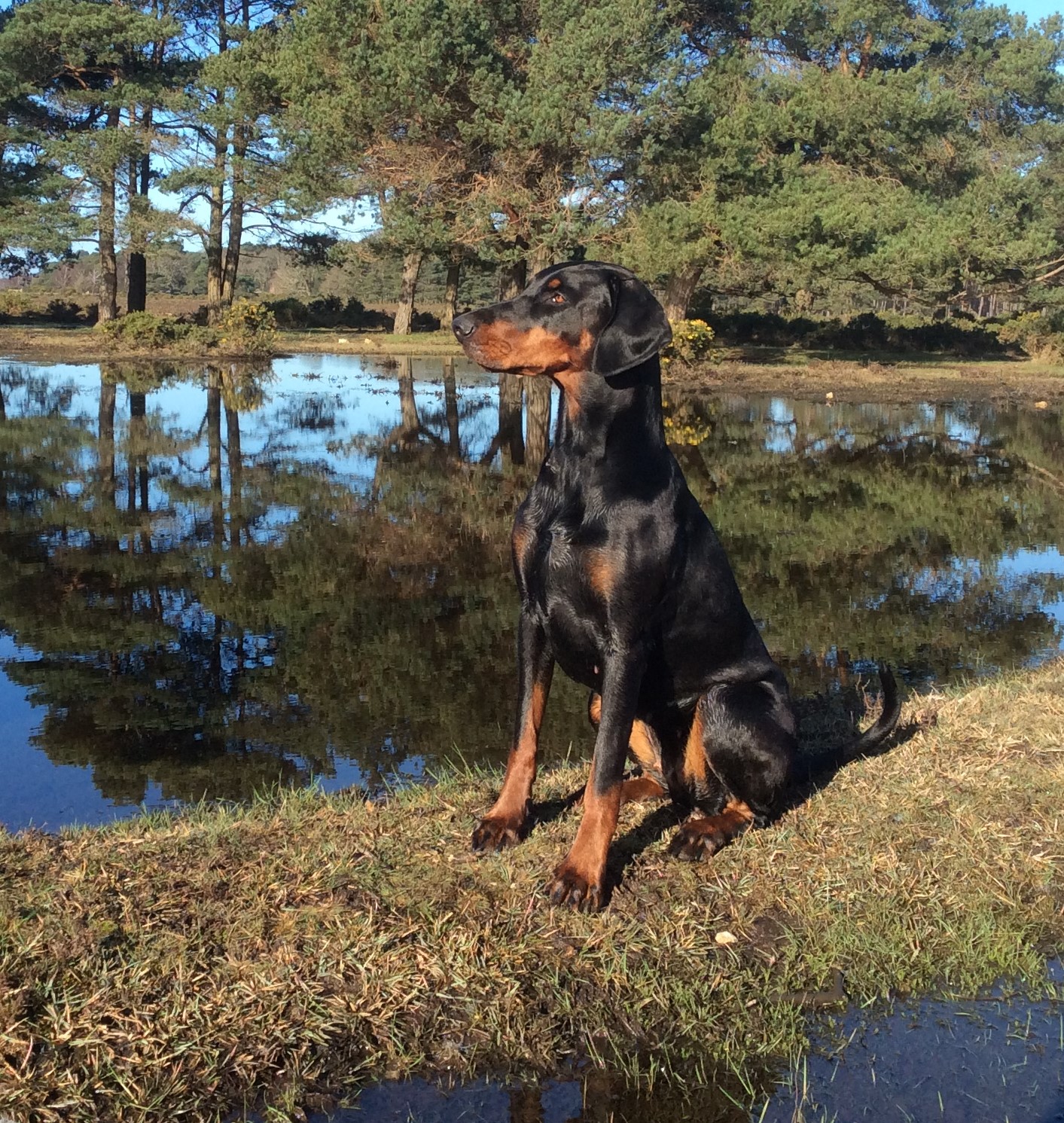 She has a steady and balanced character – just right for the breed being open and receptive, but staying close to her pack. 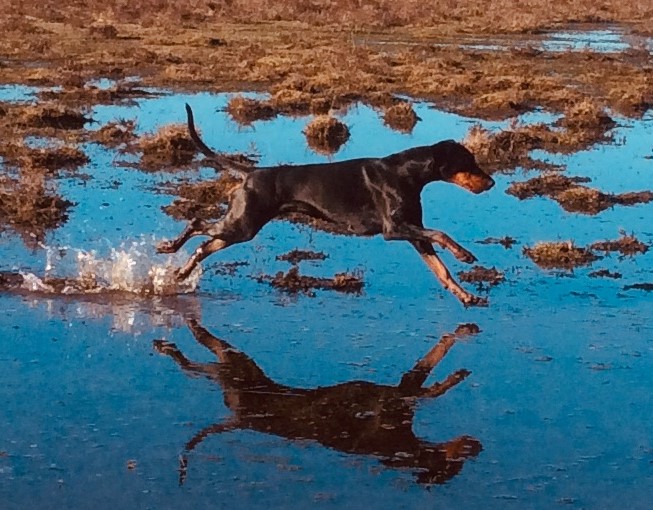 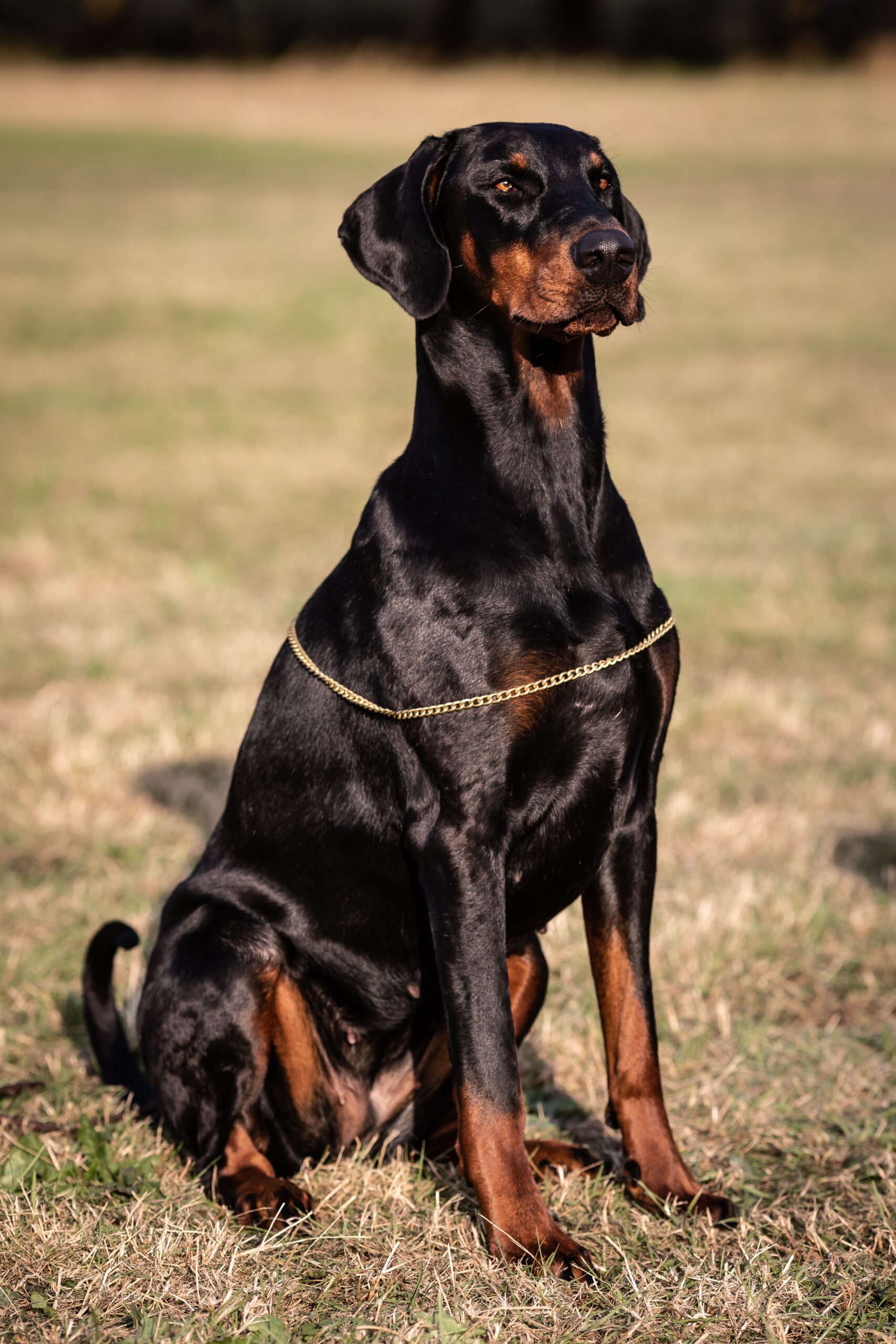 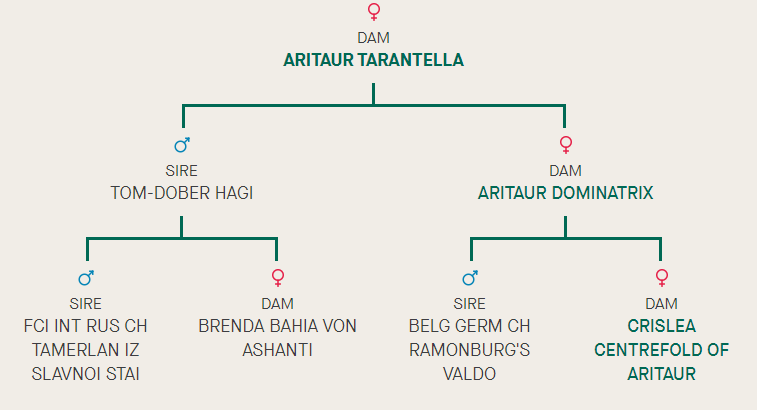