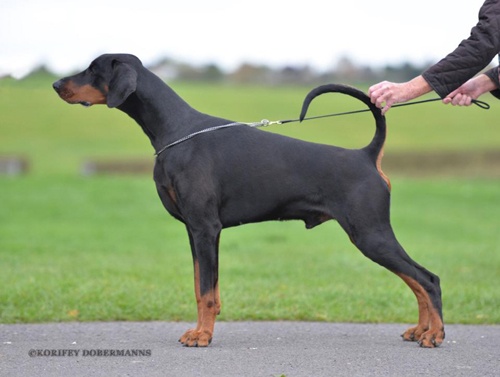 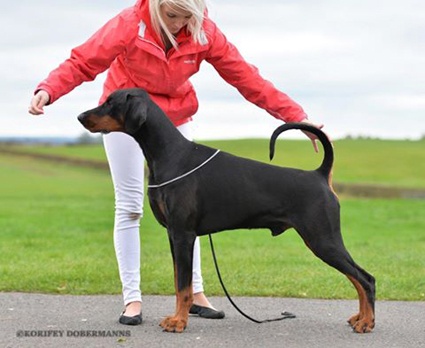 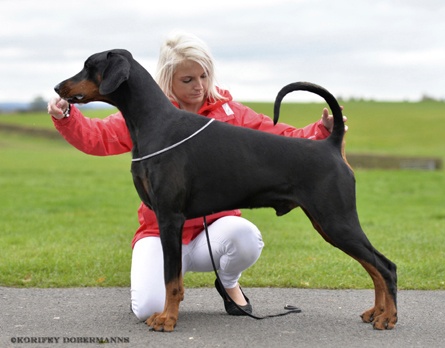 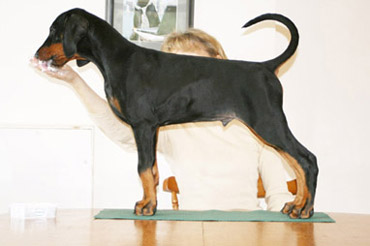 Jagger is a genuinely nice dog with no edge or malice – a very easy dog to live with. His puppies are also great fun, full of spirit, with open characters.

Jagger is available at selected stud to bitches of good character. he has produced ticket winning offspring and many Ch show winners and all puppies by him have inherited his good character.

Unexpectedly staying with us when Martin realised his working potential, ‘Jagger’ is a beautifully balanced and calm dog with a great steady for work. Having concentrated on the Pinschers in the last couple of years I have barely shown Jagger since he won the RDCC at NWPB from Judge Mel Merchant as a youngster, but he comes out to the occasional breed shows and will be out occasionally in 2015.

At his second show – East of England he was kindly handled by Trudi Wilson as I had my hands full, and Martin was trialling his grandfather Histabraq at the National & World Qualifiers.

Jaggers’ movement is a real joy – not just a pretty dog stacked up, but has excellent reach and drive, with perfection in tracking clean and true with no crabbing, or deviation of elbows or pasterns.

The Aritaur ‘Philosophy’ – a great looking dog, trainable and capable in its’ work, mentally balanced, sociable, open and healthy. 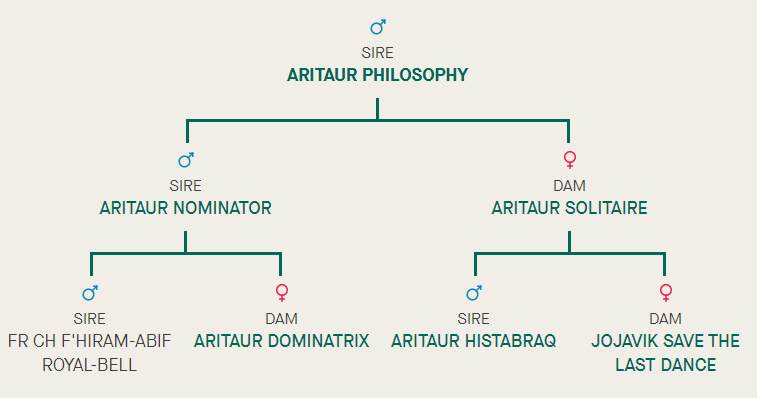 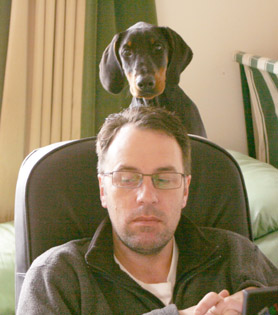 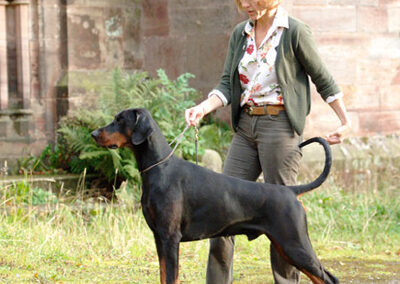 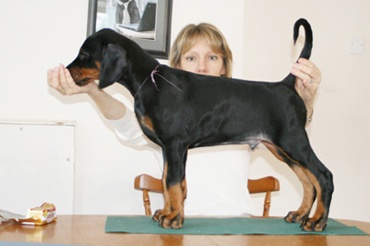 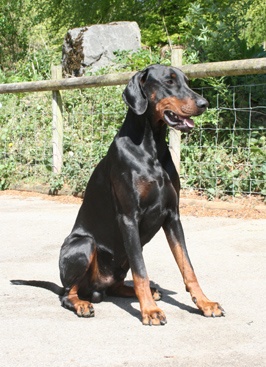 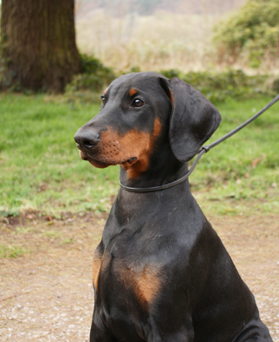 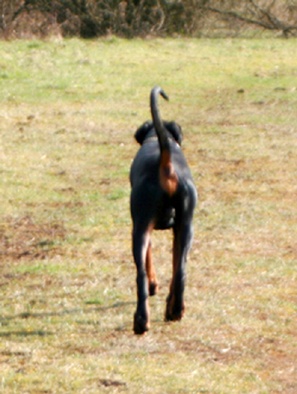 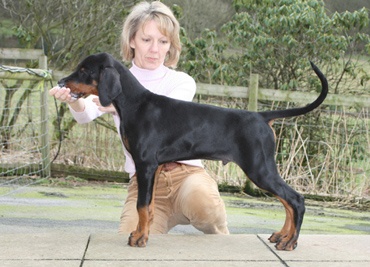 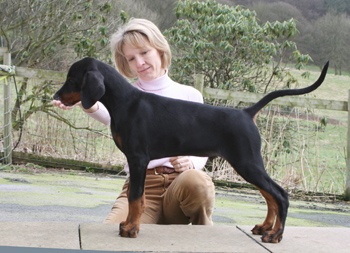 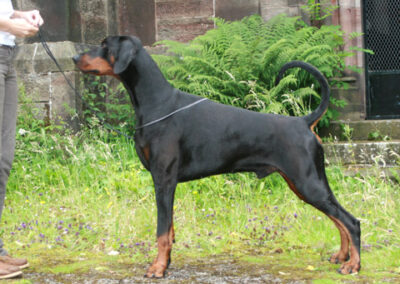