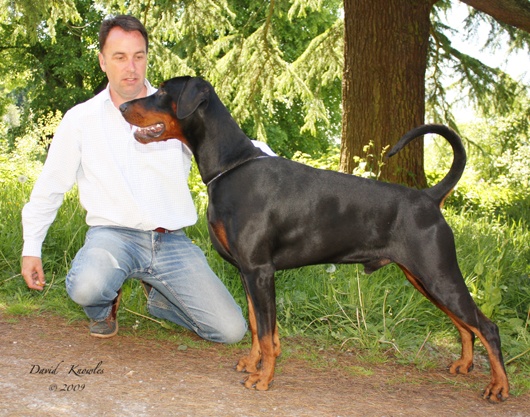 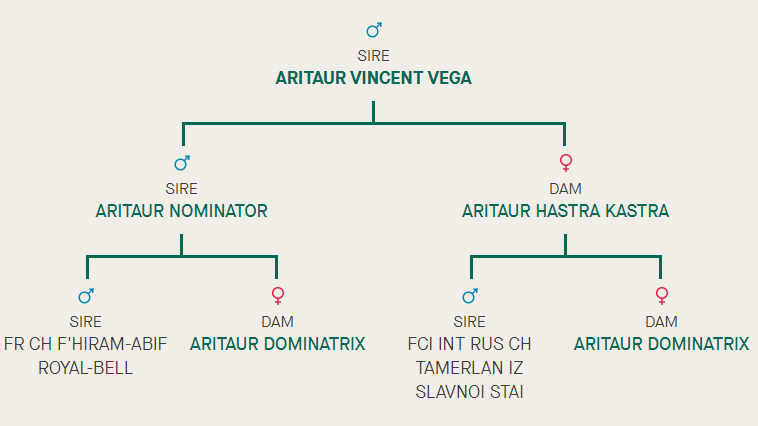 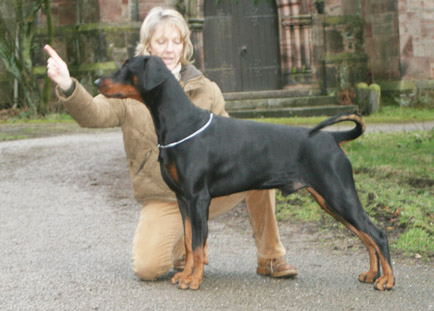 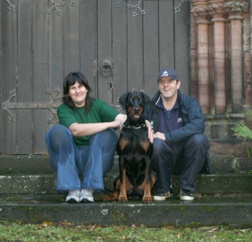 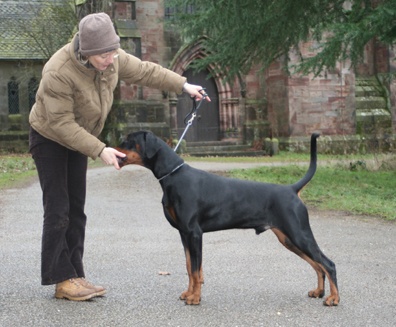 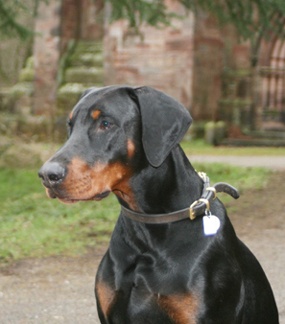 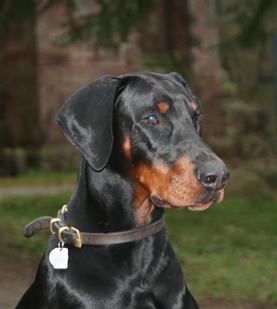 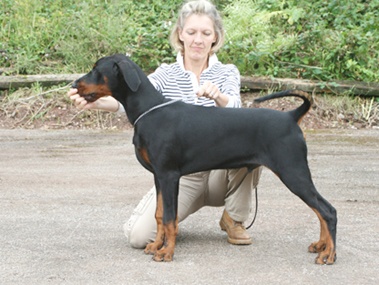 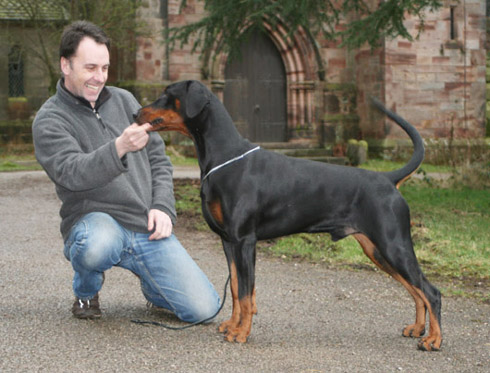 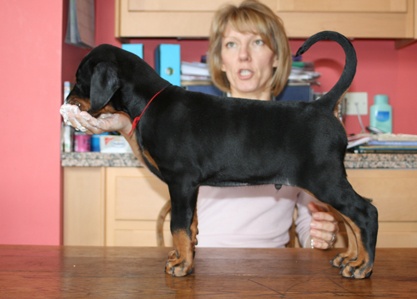 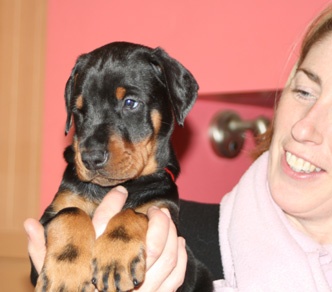 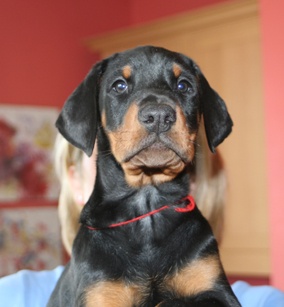 We showed Flynn with some really promising success. He had some good wins but his great success was in Ireland 09 where won RBD at both the club show and RBOB at the Euro Winners Show held there that year Juniors can’t be awarded CAC’s or CACIB’s, so Flynn had the Res Green Star, behind his uncle Histabraq who won the RCACIB from Working Class under Hans Wiblishauser.

Martin and I both showed Flynn, but we stopped showing him because he was a total shit in the showring. It was not a pleasant experience for any of us, so he moved on to just working where he was far happier and calmer.

Chris trained Flynn in IPO where he held really exceptional promise. In March 2010, the UKDA (UK Dobermann Assoc’) held the first ever UK ZTP (Fit for Breeding) test in the UK. Open to dogs who had achieved their BH (minimum), twenty dogs were tested. Three dogs gained the highest possible grading of ZTP V1A of which one was our Aritaur Histabraq, another was Aritaur Vincent Vega, one of the youngest dogs tested and another was a bitch who was later mated to Flynn to produce the only UK litter with two ZTP parents.

Martin and Chris had some good times travelling to training together with the dogs. Chris died and left us all bereft. His beloved Flynn lived a happy life with Tracy but later developed cervical instability (wobblers). He was operated on and it was ok for a while, but his symptoms returned and he was put to sleep aged 9. 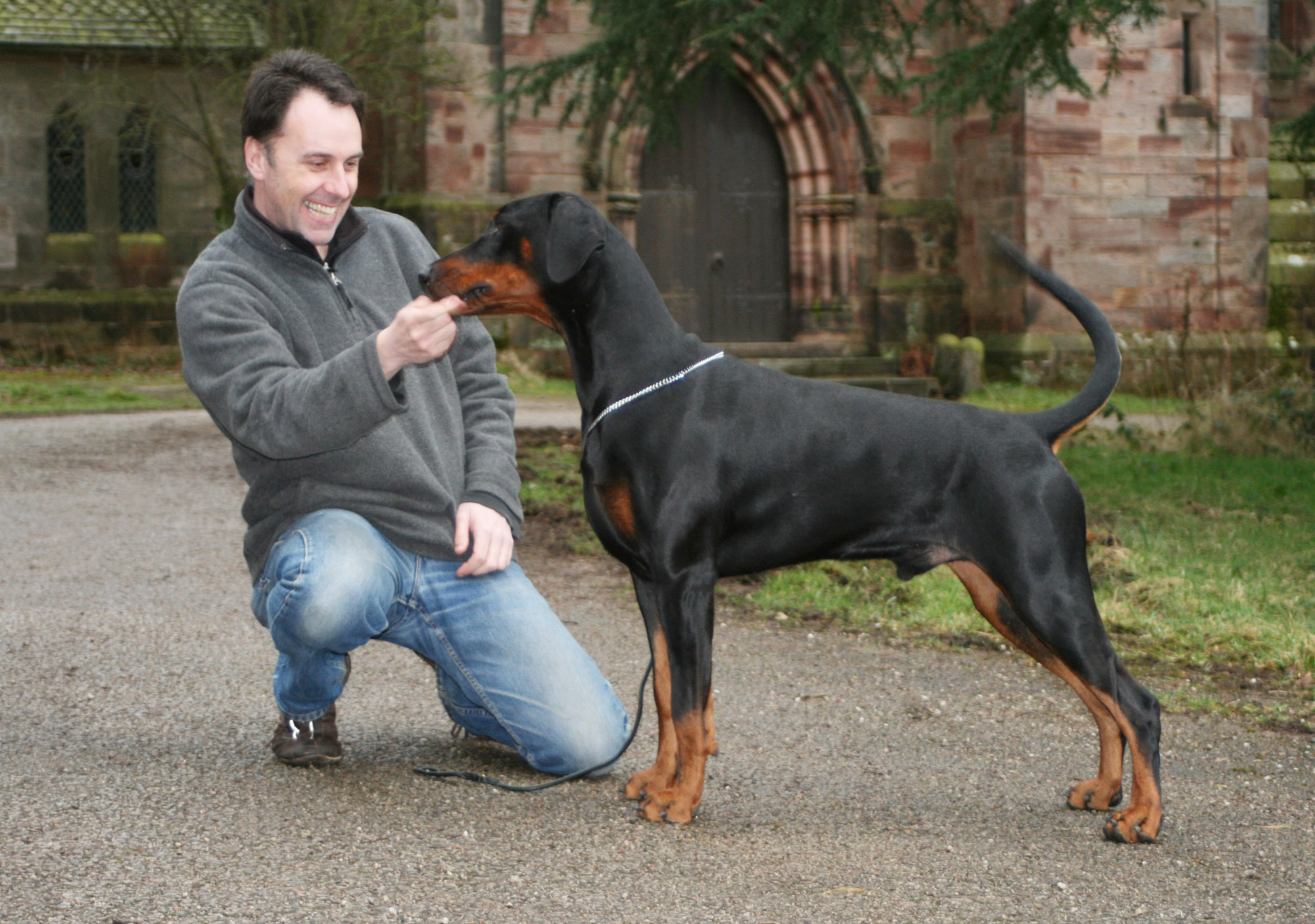 I look back on some of the dogs we have produced, and Martin and I would both agree that Vincent Vega was one of the very best. A proper Dobermann. 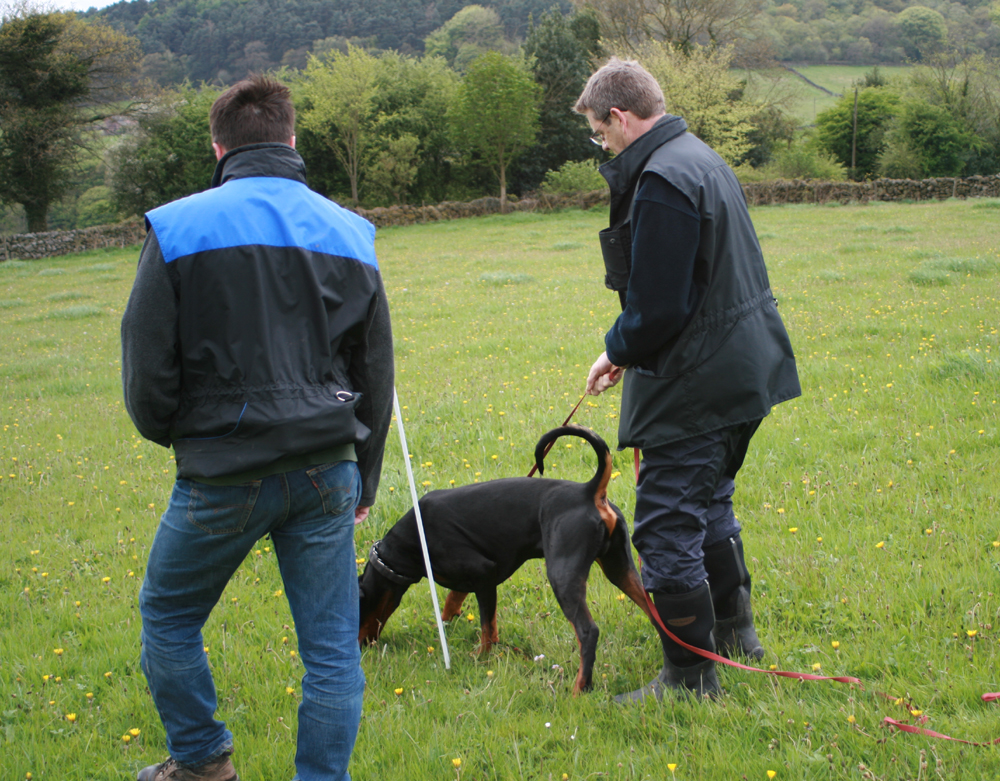 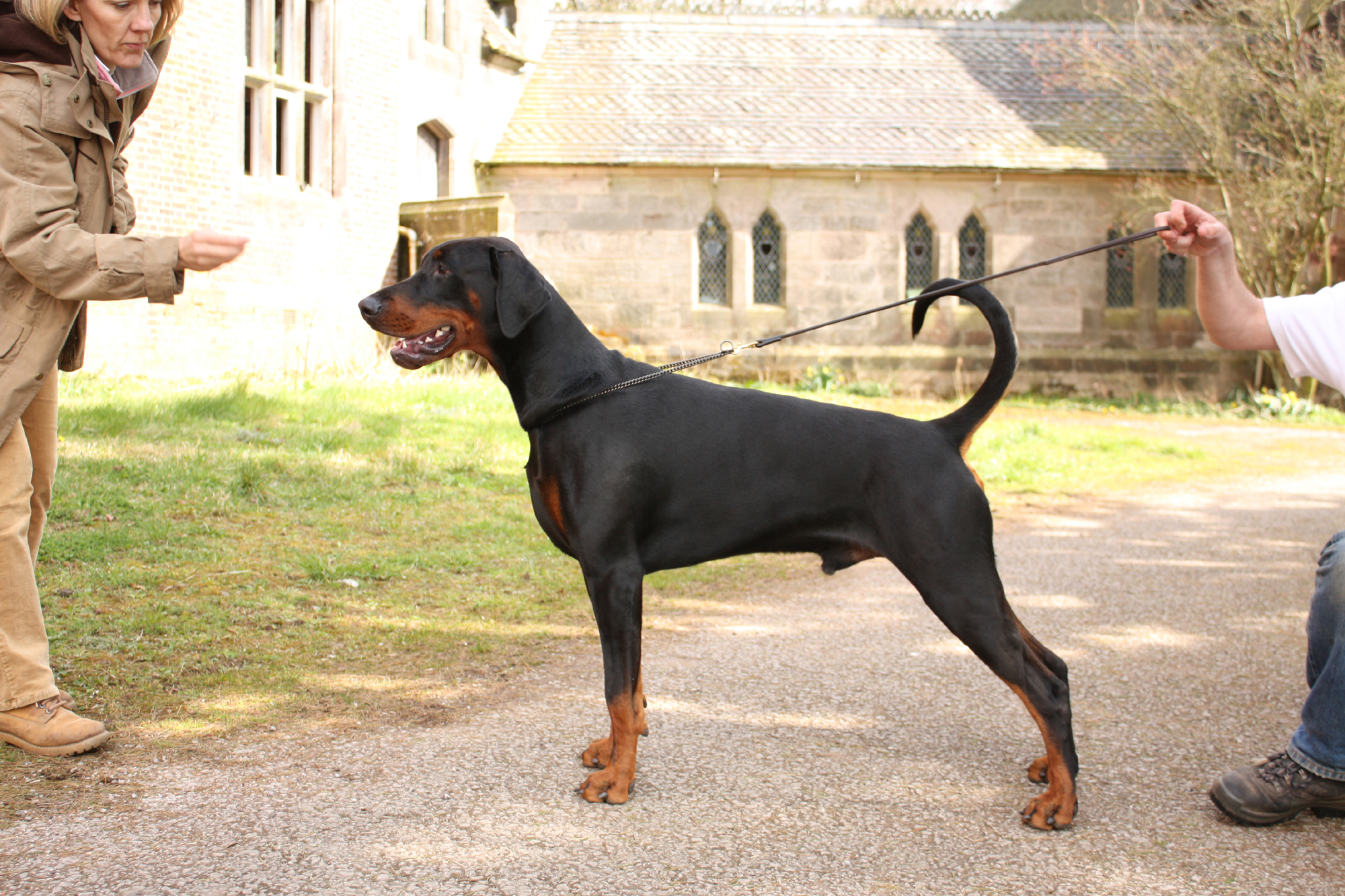 Flynn around 16 months at Cotton 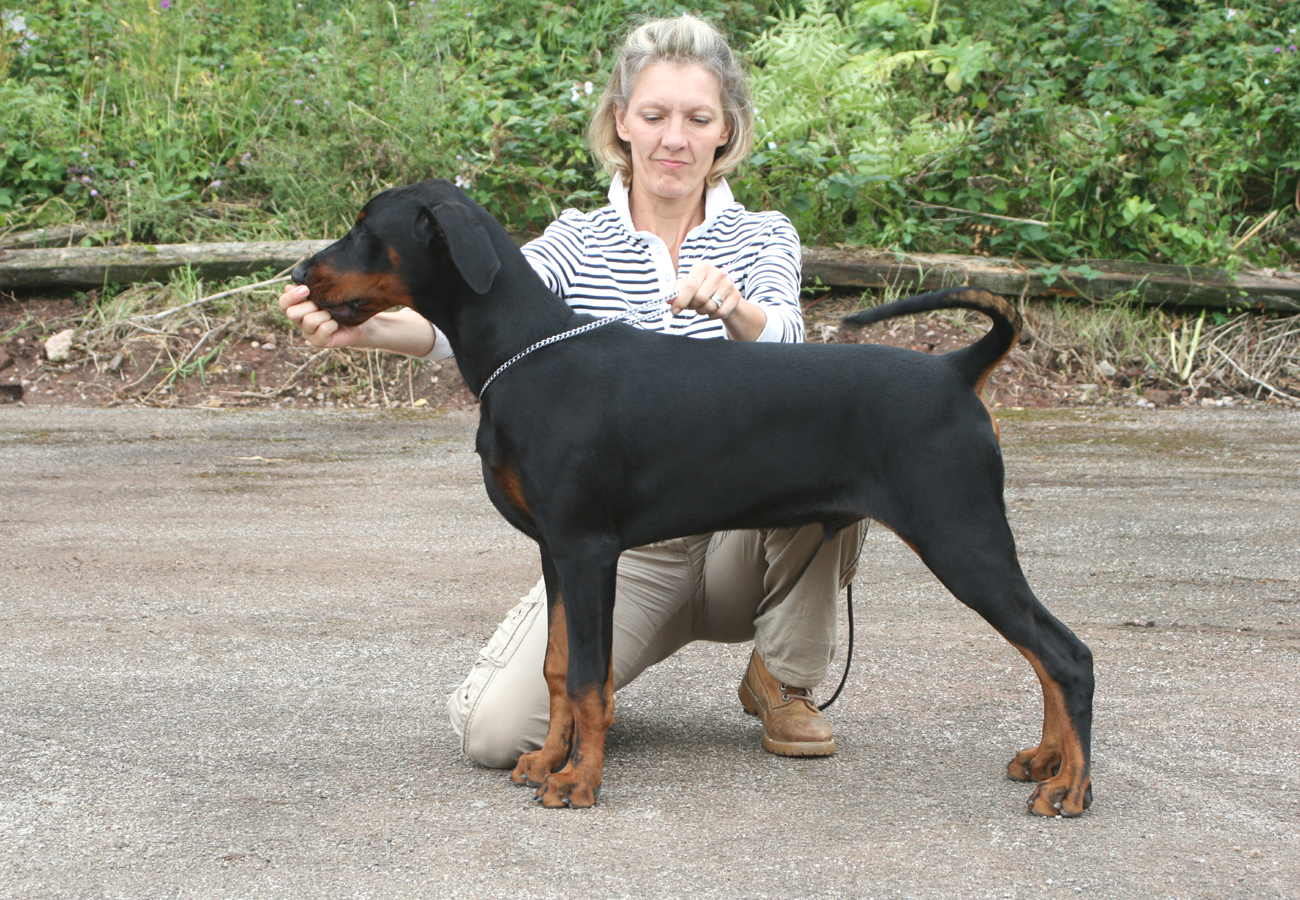 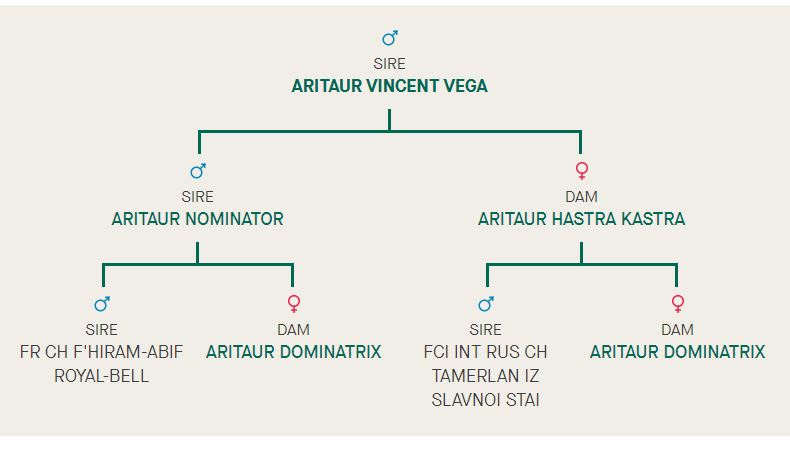