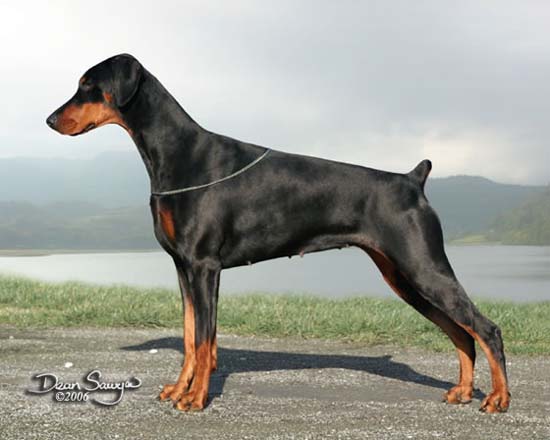 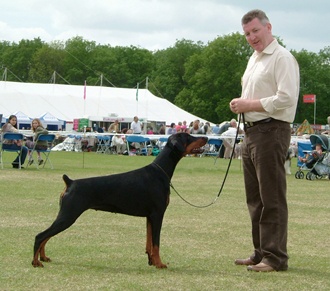 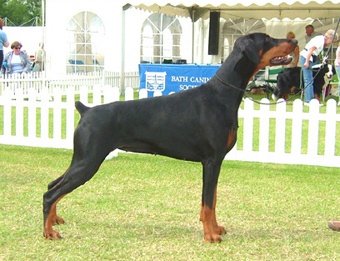 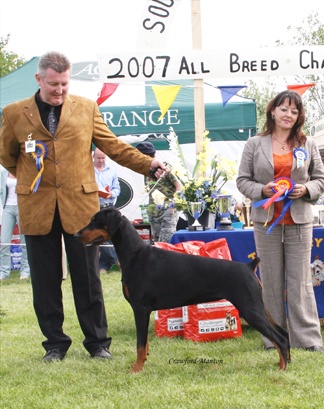 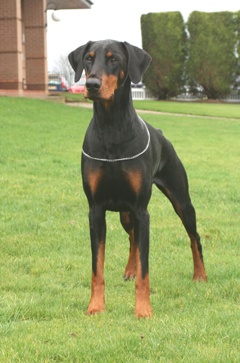 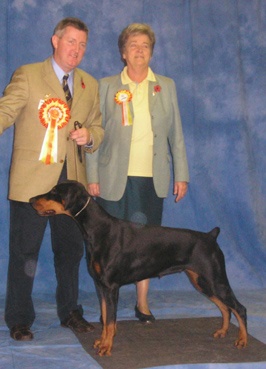 On the 11th July 2005 at just 16 months, Zena became an IRISH CHAMPION and at the age of just 18 months at Richmond on 11th September 2005 she became a UK CHAMPION. Zena was the youngest ever UK & Irish Champion and was the only Dobermann bitch resident in Ireland to gain a UK Championship title! Zena won consistently in both Ireland and the UK from both all ’rounders and breed specialists and was virtually  unstoppable. We had two bitches (Tarantella and Kalina) ‘stuck behind’ Zena on numerous occasions – we always used to say ‘it’s a nice problem to have 🙂

Not held together to have to hide anything, Zena stood four square on her own, always shown on the nd of a loose lead by Billy  – what you saw is what you got; they were the best team.

On Saturday 4th December 2010, Zena died suddenly whilst out walking with Hugh. A post mortem was inconclusive but according to Hugh’s vet, it was presumed to be a heart attack. Zena was also tragically just 3 weeks away from having puppies. The tragedy and loss of Zena hit everyone very hard, but none more so than her beloved owners Hugh & Jewel. We are all blessed to have known such a wonderful girl and to have shared her wonderful and fun packed life. 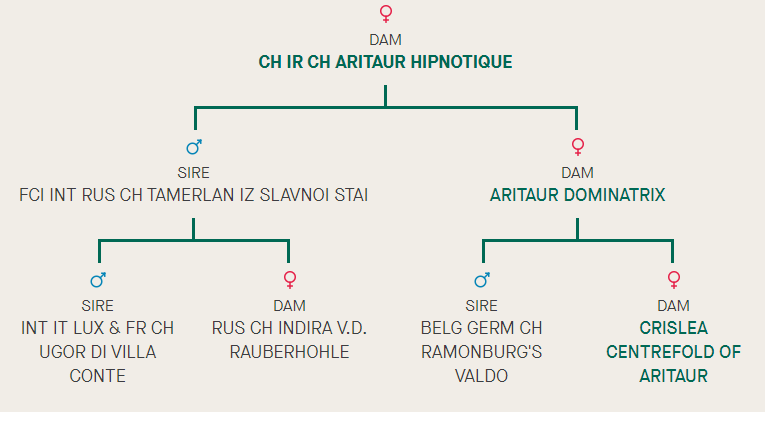 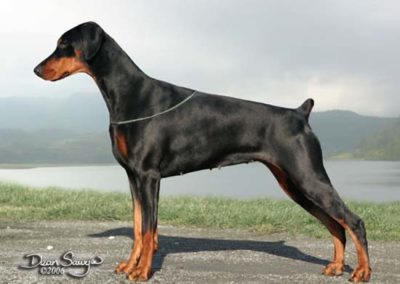 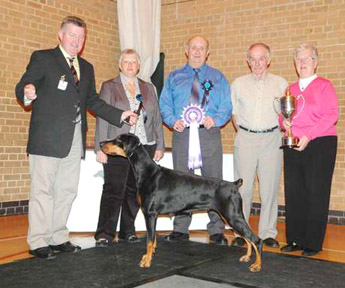 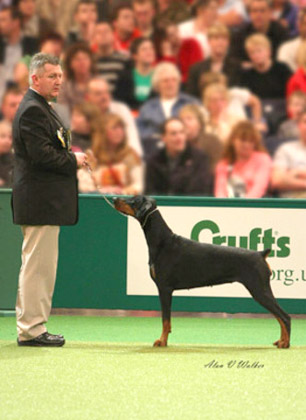 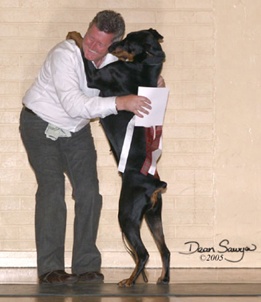 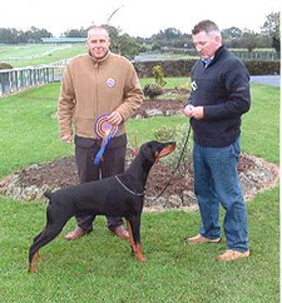 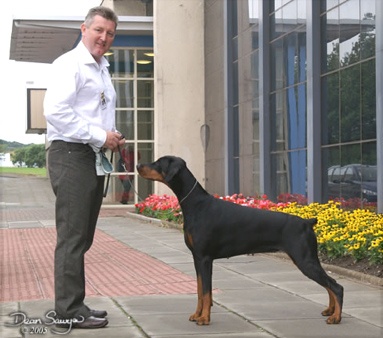 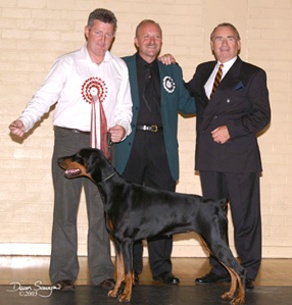 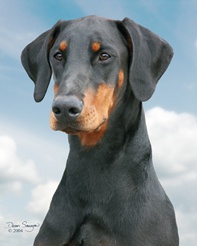